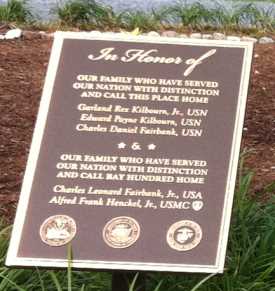 Randy Fairbank’s remarks at the dedication ceremony of Patriot’s Circle on July 2, 2011
For Rex, Ed, Frank, Chad and Charlie

For more than 30 years, this family has provided stewardship of this land: this place we call home. During those years, all of us have spent countless hours in this barnyard and these old buildings working on projects large and small.

There was never a shortage of work to be done and the work was hard and in some cases, hard to keep up. At least that’s what I thought until I realized the truth of the matter; the work was NOT “hard” work, rather it was “heart” work. There was always a sensation of satisfaction and improvement in the fog of sweat or fatigue. You just felt better about things. You looked forward to it as if to soothe your soul. The land always seemed to find a way to reward you for tending to its needs.

The heart work of Patriot’s Circle began in the winter two years ago after two powerful blizzards dumped some 50+ inches of snow in less than two weeks. All of you remember it well. The damage was significant as the entire equipment shed that Rex had erected was pancaked onto the ground from the sheer weight of the snow. Carol and Ed were first on the scene to survey the damage once Dwight cleared a path through fallen trees in the driveway. The report was pretty concise: “It’s a mess”. More heart work needed to be done. 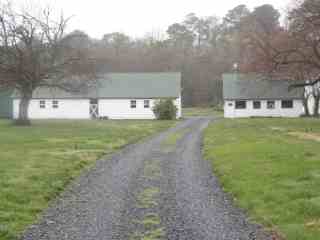 In the spring we worked through a series of plans to rebuild and renew the barn yard area and the results you see today reflect those plans with renovations, new buildings by a gravel road so as to minimize the ruts and mud caused by cars, trucks and other equipment. The notion of a circle emerged as the best alternative to meet the need of the new configuration.
Before photo After photo

Lying in bed one Friday night I was reflecting on the time I had spent on board Ed’s submarines in both Charleston, SC, and later in Fort Lauderdale, FL, where he took a young Chad on board for a cruise north to Norfolk, Va. I also remembered the ten days I spent with a grown up Chad aboard the aircraft carrier USS John Stennis at sea along the west coast including a July 4th weekend. How young they all looked but how incredibly trained and talented they all were. How committed they were to their mission and to all of us. How much they loved their country. It was and is their “heart work”. 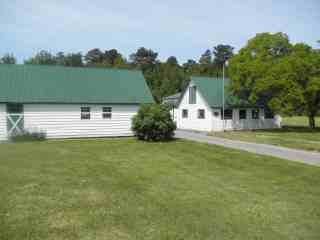 Pride and gratitude for their “heart work” brought me to the notion of Patriots Circle. After all, the heart work of our family patriots and that of countless others had protected this land and the freedom we often take for granted. More importantly, this was their home and we had missed their presence during the many years of deployments and assignments that put them in harms way on our behalf.
The next morning I ran this idea by Dana over breakfast and her reaction was a simple “It’s a great idea”. After a minute or so thinking about the idea, her second thought was the most telling, “We should make this our priority on this years’ project list.” And so the heart work that began on that morning is here for all of us to dedicate today. 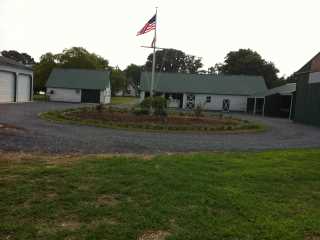 This circle and honor garden will be forever known as “Patriot’s Circle”. It is not intended as a memorial. Rather, this is a place to honor and reflect on our heroes and to express and nurture gratitude within all who visit or work here. A place to quietly put us in touch with the foundation on which we live in privileged freedom.
Patriot Circle

I want to personally recognize and thank Paul and Cindy Basel for the construction of this new space including the re-sloping of the land to better drain water away from the buildings and the circle. Also Dwight Ferguson for his countless hours of planting, tending and helping Dana to shape the young garden you see here. Over time, it will mature and hopefully become a distinct feature of this property. And to Dana, for making the idea come alive in a way that is both simple and yet elegant, befitting it’s intended purpose. I can assure you that all of them have put their heart into this place from the moment they understood what we wanted to express. 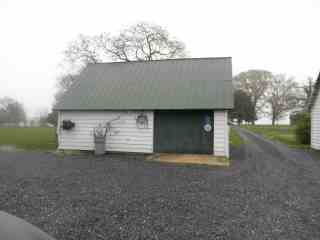 At Rex’s memorial service some time back I said, “The land at Long Point is weeping today for it has lost its faithful steward.” Today, I believe the land is smiling broadly and signaling its approval for what we are doing with this patch of ground. When Paul Basel scraped the sod from this land to build the circle, we found the richest, blackest soil ever found on this place. Some speculate that it was ears of roaming cows and pigs fertilizing the ground before our time. Some say it is simply rotting grass. I say it is the lands way of actively participating and giving a part of itself to express its gratitude through this garden. It has provided the environment for new roots to thrive and become strong and enduring. The land in its own way knows and understands that it has been protected and tended by those we honor today, those who believe in something larger than themselves. 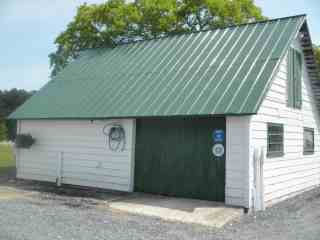 Over time it is our sincere hope that other members of our family will consider using this space to recognize and express gratitude for their own heroes in their own way. If this place helps people to be in touch with their sense of gratitude or t reflect on the foundation of freedom upon which they live their lives, then the heart work that moves forward from this place will be worthy of the sacrifice and the service of all who are honored here.

There is no shame in wearing one’s gratitude on one’s sleeve. If anything, we could use more of it. And we should express it freely and continuously, rather than when it is convenient, for advantage, de riguer, or just seems right at the time. We are blessed with family and friends, a true sense of community and the freedom to pursue our interests and dreams. That freedom is not a commodity. It is fragile and requires the diligence personified by these men. They have kept and are today keeping us free from those who offer nothing more than the seductive and illusory view of the world through the lens of tyranny and anarchy. 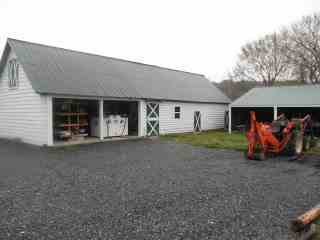 Three months ago a man named Tim Bohall came to work at the company where I work. I was asked by the CEO to meet him and spend some time with him to show him the ropes. We became friends over lunch. We had the same values and we both had sons serving our nation. We went about our days sometimes speaking about what our boys were doing. His son Thomas was in Afghanistan. During the Memorial Day week Tim received the call that his son Thomas was killed in action.

The word went through our office as a horror. Our new colleague was in terrible pain. Having no idea what to do, my first reaction was to send Tim a quick email hoping he had his blackberry in his pocket and that he might see it even in his state of total anguish. In that email, I could only offer a simple prayer: “Eternal father, embrace this young patriot with all haste and care.” Tim somehow managed to write a simple reply: “Thank you”. Even in his darkest moment he found gratitude for the outpouring of concern and caring from his new friends and colleagues. 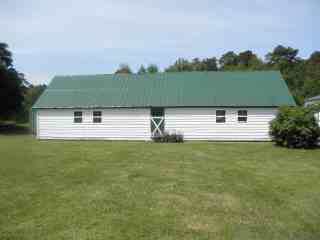 Upon Tim’s return to the office in mid June, I promised that I would also recognize and honor Sgt Thomas Bohall at this ceremony today. Rest in serene peace young Thomas. We all mourn your passing and yet our hearts will heal slowly from an abundance of gratitude and the gratitude of others that surround us.

If ever there was a case to be in touch with your personal sense of gratitude, I hope the story of Tim and Thomas will trigger it within you. Find your Patriot’s Circle. Honor those whose heart work is the preservation of your liberty. Make gratitude a part of your heart work each and every day.

Look around at the people gathered here today and you will find among you several more patriots who have given of themselves to protect and defend us. Each one of them deserves our gratitude for making this day possible for all of us. They are all remarkable example for us to follow.

Our work on the older roofs added to the scenery for this memorial. The project reminds us of our debt to those who preserve the security of our way of life.