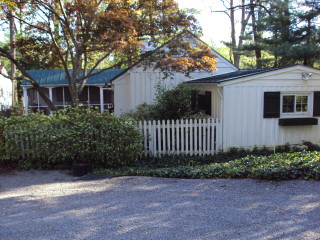 Green colors for a tin metal roof have been a challenge since the 1990s. The reason is that green tints in water-based acrylics tend to chalk earlier than reds, blacks and other colors.

The projects shown on this page illustrate the evolution of green tints. All are located in Virginia’s vicinity.

Each project is a different story. The home to the right is a charming place that had a few leaks. The owner hired us to cover the kitchen with a fully reinforced system. Even though we worked there in 2010, she just dropped me a kind note.

As time permits comments and anecdotes will be added. 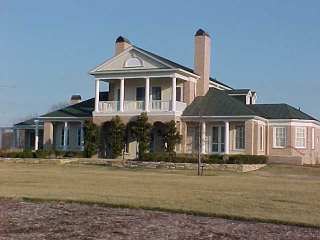 Home on the bay

Although this residence was built in the late 1900s (yes–1900s, not 1800s), the tin metal roof panels were exhibiting rust and leaks. Apparently the manufacturer of the metal panels experienced a temporary problem in the production of the panels’ coating applied at the factory. In my Virginia travels, I have seen this identical problem three times.

The owner had to choose between replacing the entire roof or restoring what she already had. 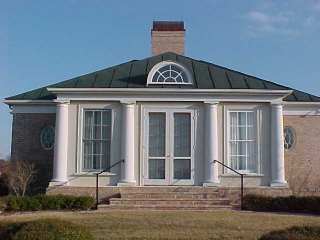 She contacted Preservation Products in Media, PA. According to the president of Preservation Products, she wanted to know the name of a “good contractor, even if they have to come from Canada.” The president of this manufacturer knows me well and suspected this outspoken, single-minded lady and I might “get along”. His exact words when he called me were, “Have I got a lead for you!”

To your right is a carriage house on the grounds. 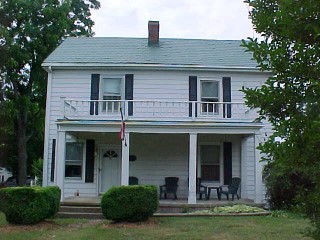 Near Louisa, the train master’s home still exists near the station. The new owners saved the crimped panels, preferring a green tinted acrylic.

The porch roof consisted of asphalt shingles…which we coated with green acrylic to coordinate with the upper levels of the home.

In one of two metal roof homes in Appomattox, one would think we chatted about the conclusion of the Civil War.

Actually the owners were aficionados of the French and Indian Wars. Did you know there are re-enactments of clashes from that conflict? 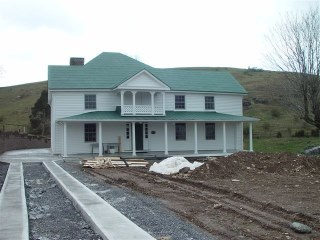 Honaker mountain homestead: In southwest Virginia, LB and his wife Betty restored this green tin metal roof on the homestead from Betty’s family. The tin shingles from Cortright Company of 100 years ago just required a strong primer, edging work and a fully reinforced system where asphalt shingles were removed.

My first visit….a six mile jaunt across a mountain ridge through the largest ranch east of the Mississippi, lots of cows…a cowboy, on a horse, assured me I was headed in the right direction (I am not kidding).

While visiting, a sudden storm developed with those enchanting sounds tin roof owners love to hear-rain drops on tin. After the rain stopped, the closest neighbor stopped in. Of course, he had to drive since his home was outside walking distance.

During the project, my crew chief, Lester showed ingenuity when he discovered the water well was practically dry. He bought some 55 gallon drums, then transported water that serviced his pressure washer.

The porch roof in Herndon consists of new metal paneling. The upper roof is tinted to match the porch roof. 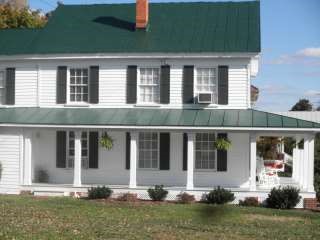 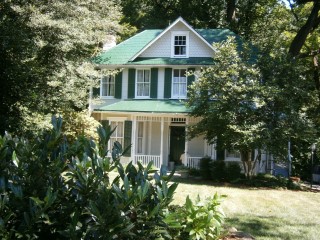 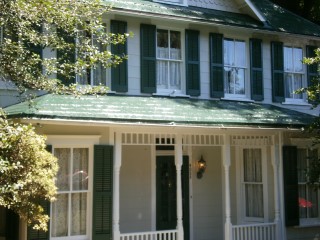 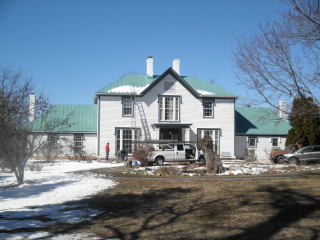 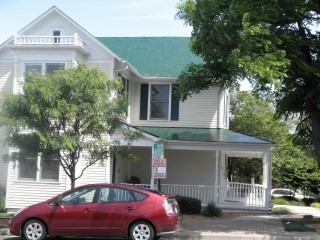 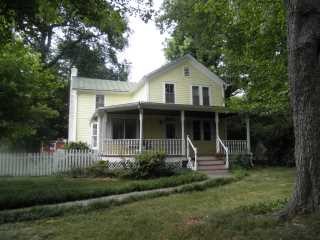 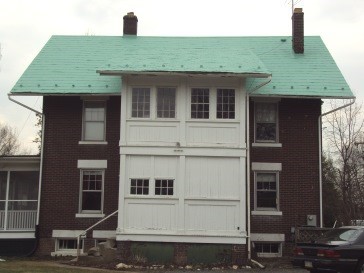