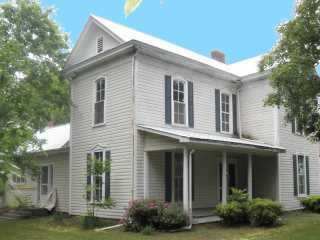 In the town of Newton-Conover near Hickory, neighboring residences reflect the embossed tin shingles in the 1870s; the other home, 1900s.

Thus far, this location is the only place where I have seen two roof classics of the same period side by side.

First, the home whose roof we restored reflects common characteristics of the 1870s. For example the porch is fairly small, the roof has peaks with ledges plus an inside gutter can be seen. The ornate design on the shingle appears to have disappeared by the 1880s

Second, the roof across the street represents the later period post-1900. The porch is quite large, the upper roof is more visible (perhaps to showcase the shingle design more) and there is no gutter.

As a general rule, gutters were omitted in tin shingle homes. Of particular interest, the shingle design is the icon of that era.

There does exist one similarity between the two specimens: porch roofing has been replaced due to wear and tear. 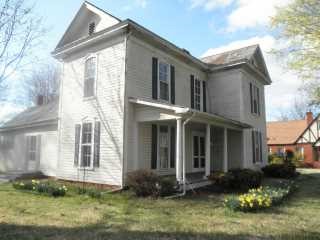 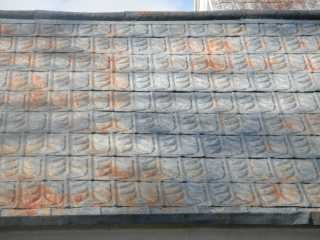 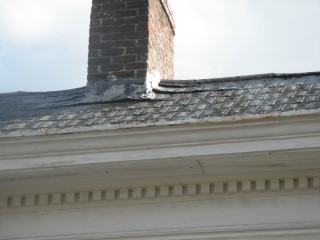 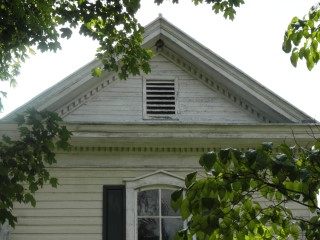 After the traditional grey acrylic and repairs were completed 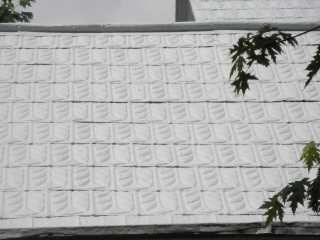 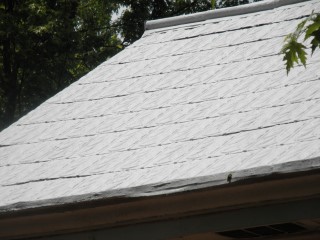 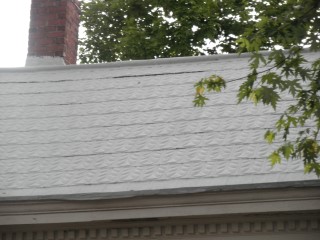 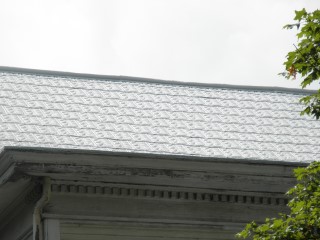 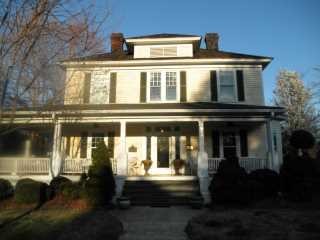