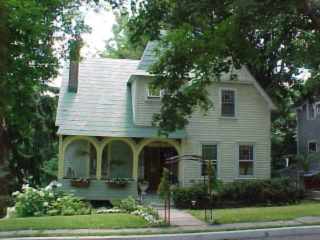 In southern New York state, a young owner took over a rundown “Train Master”s Station House”. The siding was white, the trim was non-descript and the roof was black. The roof was black because the tin shingles had been “hot mopped”.

At some point, a previous owner had paid a roof to coat his shingles. Either the roofer was not clear about his “coating” or the owner “went cheap”. The result was a surface appearance that contained small bubbles.

The asphalt coating is inflexible, which means the asphalt cannot move with the expansion and contraction of the metal shingles during temperature changes. The result are small cracks. All in all, the roof was a perfect candidate for a horror flick.

From a contractor’s viewpoint, applications to the existing surfaces is limited. From the owner’s viewpoint, the budget was also limited.

Yet the roof dominated the house’s appearance. The project entailed cleaning and coating with green acrylic.

Even with the profile of the old asphalt, the transformation was stunning.

With the owner’s imaginative detail additions, the “Train Master’s Station House” is a respectable resident on this traditional street.

Note: This project was completed several years before the recent improvements of the green acrylic versions. By year seven, there will be a .5 mil coverage of chalking.

The chalking is due to the acrylic additives that prevent mildew. Unfortunately these same additives causes green tints to chalk eventually. The roof will appear to have lost its original luster, but not the actual acrylic thickness.

If the owner wants to revive the luster, she will be faced with a light recoating of green or a determine scrub down to remove the chalking.

Today, that drawback for green acrylic tints has been eliminated due to formulation improvements.

For years, every potential customer interested in green acrylic had been subjected to my dissertation on this subject–now I can thankfully discontinue that speech. 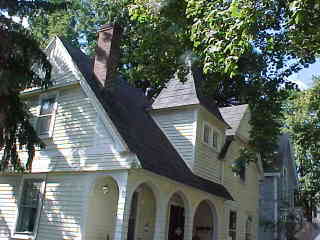 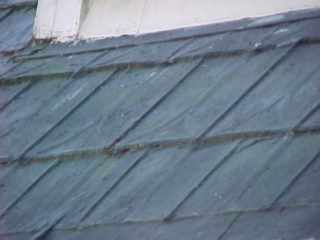 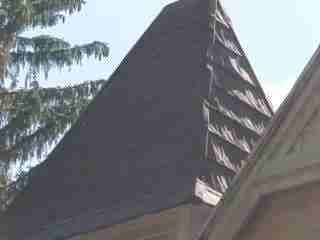 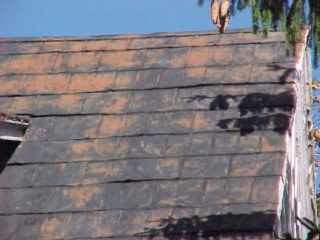 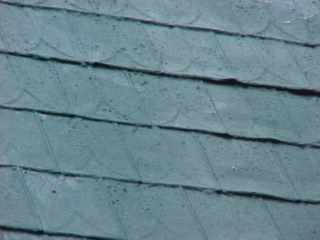 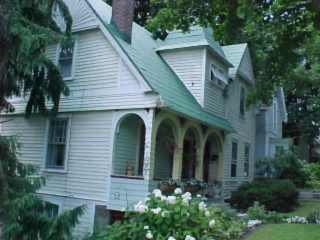 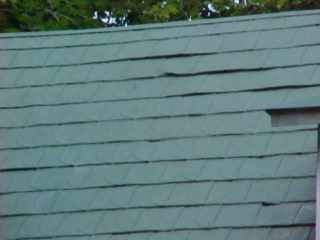 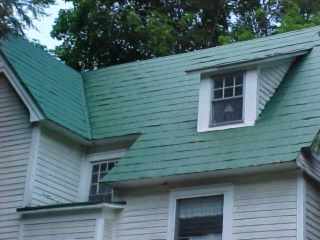