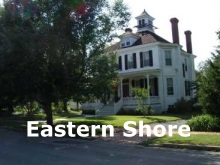 Just as this stately mansion is obscured by the trees, the Eastern Shore seems a distant peninsula for most Americans. After all, access is limited: a few ferries, a bridge near Annapolis, a tunnel-bridge at the southern tip and five roads entering from the north. Once onto the Delmarva peninsula, plan to drive four to five hours to reach the opposite end.

My tin roofing restoration business became a means to explore the Eastern Shore, therein comes the title of this page. Most Americans can name the Dover Air Force Base and have heard of the Chincoteague ponies. But these places are just a beginning of Eastern Shore’s allure.

Chesapeake City: Doorway to the third busiest canal in the world

For 175 years, a 14 mile water channel connecting the Chesapeake Bay to the Delaware Bay could be considered the northern boundary of the Eastern Shore.

On the western end, Chesapeake City welcomes the traffic from Baltimore harbor. On the eastern end is Delaware City. In between, the canal plows through the countryside with dirt roads leading up to its banks.

In Chesapeake City, we performed two projects: The first was a cottage belonging to world travelers. Their approval to proceed with the roof job came on a fax from Egypt.

The most recent project was the home of a talented photographer. His website is a gallery of local scenery as well as links to more information about the C and D Canal. Here on my page, the three picturesque views are examples of his work. 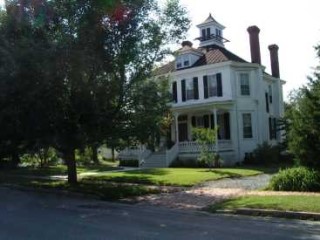 Nestled on the south banks of the Pocomoke River, the rural setting boasts rich farmland that has been the foundation of its economy. The river served as a major route for trade in the early days of the town. Today the downtown area offers BandBs, shops and restaurants.

For the enterprising visitor, kayaking is popular; for the history buffs, nearby Furnace Town is well worth an afternoon outing.

On scenic Federal Street, we performed a reinforced restoration project applying a black finish. The couple had located an old photo of the residence and were able to transform the structure to an enviable home of comfort surrounded by its past. 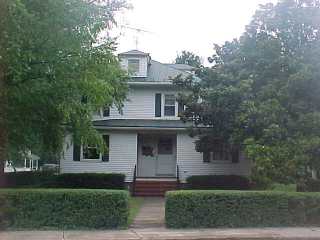 For those who enjoy a combination of history, gift shops, restaurants, lodging, and small town charm, St. Michael’s is a well-known stop on the Eastern Shore.

Along the only road leading into town, a long-time resident asked as to “paint” his roof. He told us he had done the work in his younger days, but those times were in the past.