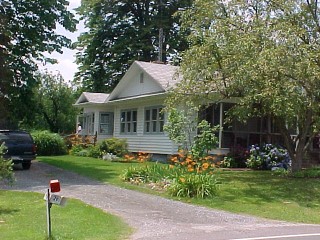 What do you do when you finished coating your stamped tin shingle roof and rust breaks through within a year?

Sometimes surprises hit you from unexpected directions. When my crew finished this project with cleaning, priming and coating with a well-known product, we were ten year veterans on this style of surface. An easy job, I thought.

Many of the projects in this website are top coated with the same above acrylic, a material used by NASA on the shuttle and This Old House on roofs in Savannah. Our primer of choice had proven effective (no calls about rust) EXCEPT on a few roofs in 2008.

In that year, a manufacturer insisted we apply his primer with his acrylic. Since relations with a coating manufacturer makes or breaks a contractor like me, I decided to use his primer on some minor rusting roofs. Not my best decision.

Three roofs fell victim to this 2008 primer substitute. This one was the second one we discovered. The problem: a metallic element sometimes employed in old metal alloys allowed rust to penetrate the substitute primer formula.

Our first attempt to rectify the problem was not successful as the photos from 2010 illustrate.

It took a third application of primers and coatings to contain rust and ineffective primer.

Today, a high quality primer and two applications of a coating should last about ten years–maybe a little less with dark tinted paints.

If rust breaks through the top coating within a few years, you might consider searching for an experienced individual in roof coatings. The usual idea of a reapplication of your on-site materials will probably prove unsuccessful.

As an aside, the husband of this lovely home is convinced we are idiots…and considering the work took three attempts, he is entitled to that point of view.

From my perspective, I am grateful for their courtesies and patience in what must have been unsettling times. And I am grateful my crew and I have learned valuable expertise for saving these old metal roofs. 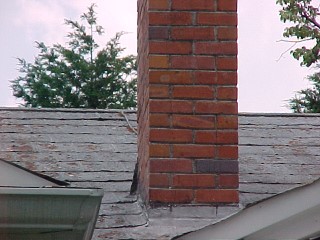 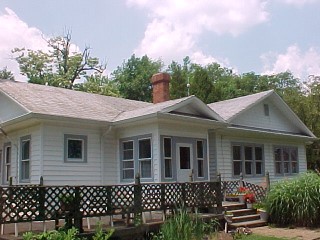 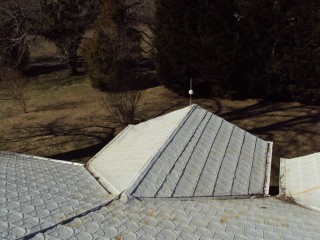 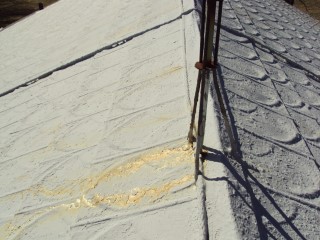 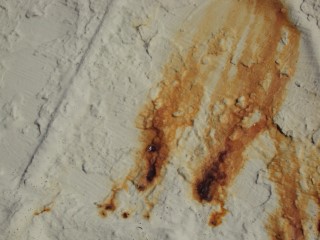 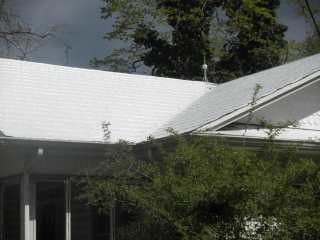 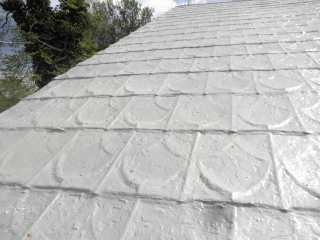